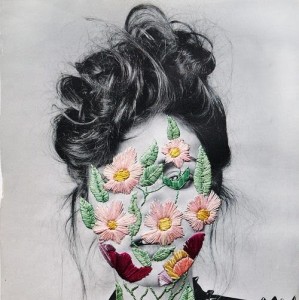 Have you heard of all the paranormal goings on after a natural disaster? We look at one of the best cases of ghost sightings after a tsunami.

Netflix’s second installment of Unsolved Mysteries features the supernatural occurrences that ensued after the 2011 disaster that fell on Japan. An earthquake occurred, triggering a tsunami that swept the coastlands of the Japan’s northeastern region. In the fourth episode “Tsunami Spirits”, the people who lived through the natural disaster shared tsunami ghost encounters with the victims.

Onslaught of the Disaster

March 11, 2011 is one of the darkest dates in the history of Japan. On this day a magnitude-9 earthquake caused a 128-foot tsunami to ravage the Tohoku region. The tsunami caused a nuclear meltdown and flooded a total of 217 square miles. The earthquake was widely felt but residents of the coastal communities were the most affected by the tsunami’s onslaught. The deaths exceeded 18,500 and over 2500 people are still missing.

Thousands of families lost their homes to the disaster and close to a million buildings were partially destroyed. The disaster ended up being the costliest natural disaster in the world. The prime minister during this time, Naoto Kan, stated that the disaster was the “toughest and the most difficult crisis for Japan” since the end of World War II.

The earthquake was so strong that it even caused the main island of Honshu to move eastward by 2.4 meters. Its global effects were also felt. The Pacific Plate slid by 24 meters near the epicenter, fjords in Norway sloshed back and forth, and 110,000 nesting seabirds were killed by a 1.5 meter-high wave as the tsunami traveled across the Pacific Ocean. In Antarctica alone, the Whillans Ice Stream sped up at around 0.5 meters and the icebergs in the Sulzberger Ice Shelf were broken off.

Even in the following years, tsunami debris such as household items and ships from Japan ended up washing on US and Canadian shores. The National Oceanic and Atmospheric Agency reported that about 5 million tons of debris was carried by the water surge to the sea.

Reconstruction to rebuild communities is ongoing, while nightmares of the disaster linger on. The Times of London’s Asia editor and author Richard Lloyd Parry has lived in Japan for more than two decades. He penned Ghosts Of The Tsunami: Death and Life in Japan's Disaster Zone, a non-fiction book that recounts how the tsunami survivors and coastal communities struggled six years after the earthquake and tsunami.

Three years before completing the book, Parry published an article entitled “Ghosts Of The Tsunami” under Vol. 36 of the London Review of Books on February 6, 2014. He was later interviewed by National Public Radio (NPR) host Rachel Martin about the incidents covered in his article.

Parry discussed the phenomenon of the rise in reported cases of people seeing tsunami ghosts of the people who died during the 2011 disaster. He mentioned how the phenomenon almost seemed like an epidemic because of the rising number of stories of haunting and supernatural events that were related to the tsunami.

Many are aware of the physical and economical aftermath of the earthquake and tsunami but many other extraordinary consequences never made it to the limelight. Among these consequences are significant supernatural events that spread like wildfire through affected communities. Increasing numbers of survivors claimed to be possessed by the spirits of those who died during the tsunami while others recounted how they saw ghosts of their neighbors in their houses and even sitting down in water puddles.

The majority of reports about ghost apparitions involved those who died during the tsunami and many people also said they had dreams about lost loved ones, ranging from comforting to disturbing. Others claimed to see mysterious figures on the beach or be repeatedly possessed by spirits of the fallen, and there was even a man who kept seeing eyes in puddles every time he ventured outside his home.

Parry traveled to Tohoku numerous times to meet people who encountered the supernatural. One of the people he met was Reverend Taio Kaneda, a Buddhist monk who was often sought by people for his services in both exorcisms and funerals. Reverend Kaneda is the chief priest in a temple in Kurihara, an inland town in the northern part of Japan. The coastline is 30 miles away from the Zen temple, yet people still rush to Reverend Kaneda and ask for his help.

One of the people featured in Parry’s book was disguised under the name Takashi Ono who lives in an inland town that is miles away from the coastline. He was at work when the earthquake struck but not directly affected by the tsunami. Ten days after the disaster, he visited the tsunami zone with his mother and his wife and were surprised at the extensive damage caused by the earthquake and tsunami.

Ono and his family went home and a few moments after having dinner, he started acting up. He was making guttural noises, crawling on all fours, licking and squirming on the futon and tatami mats. He then ran out into the field and rolled in the mud. His mother and his wife were perplexed at what they witnessed. Ono woke up the next morning not remembering anything unusual from the night before. It didn’t stop there, as he spent three nights talking about the dead, speaking in a guttural manner, and even threatening violence. Ono’s family advised him to see a priest to drive the spirits away and he agreed to see one. He felt much better after the Buddhist sutras were recited.

In January 2016, the Asahi Shimbun newspaper reported a study conducted by sociology graduate student Yuka Kudo about ghost passenger encounters in one of the cities that greatly suffered from the tsunami. The Tohokue Gakuin University student traveled to Ishinomaki in the Miyagi Prefecture.

She approached more than 100 taxi drivers but many showed a reluctance to talk. Out of everyone she asked, Kudo managed to encourage seven volunteers to share their experiences. Yuka Kudo’s professor, Dr. Kiyoshi Kanebishi, noted that the physical records were in sync with the stories of the taxi drivers. Since the taxi meters were turned on and the trips were recorded, the drivers’ stories were able to be verified.

One taxi driver’s account was in 2001, just a few months after the tsunami. The driver was driving along a hard-hit area and surprised to see a woman hailing for a ride. It was summer, yet the young woman donned a heavy winter coat, looking drenched. She climbed into the back seat and gave instructions to be dropped off to the Minamihama district, which is mostly abandoned. While turning the meter on, the driver remarked on how the area was mostly empty. He asked the passenger if she was sure going there and a long silence ensued. The woman responded in a shivering voice, “Have I died?” Terrified, the driver turned around only to find out that no one was sitting on the back seat.

Another driver had a passenger in his 20s who took a long time to request his drop-off location. Looking confused, the young man kept pointing forward. It took some time before he finally answered in one word—Hiyoriyama, which is a mountain park near Ishinomaki. Upon arriving at the destination, being a plateau close to the summit, the driver turned around for payment. But no one was in his car.

Dealing With the Loss

Onlookers and the media perceived Tohoku survivors as uncomplaining and resilient. The country saw how survivors queue for rationed food, take care of the wounded, and live in makeshift evacuation centers. Tohoku seemed to be coping well.

Over the years, the coastal communities have found different means to express their grief. For those who never recovered the bodies, mediums have been their means to try to locate the remains of loved ones. In the town of Otsuchi, a phone booth was set up on top of a hill that overlooks the ocean. This allows people to visit and send messages to loved ones who passed away.

One thing that Parry learned through these encounters is the indirect expression of trauma and grief. He said that he has met people and they look fine, but the raw and awful pain is evident in their anecdotes. One woman that Parry interviewed said that on top of the changed lifestyles of the people after the disaster, “everyone has something wrong with them.”

Parry saw first-hand how everyone’s grief varies in small and subtle ways. The survivors’ grief was influenced by multiple factors, one of which is the span of time taken to recover missing bodies of loved ones.

In the Netflix episode, Professor Kanebishi theorized that the survivors’ PTSD resulted in the increased ghost sightings. Parry seems to share the same sentiments, and wrote in his book how grief isn’t a solution, and that “it compounds stress and complication” and “multiplies anxiety and tension”.

According to Reverend Kaneda, ghosts appear because of their love and longing for the ones they left behind. With these words, we are reminded that whatever we do, we can not bring our dead loved ones back to life. The best way is to move forward despite the loneliness and suffering.