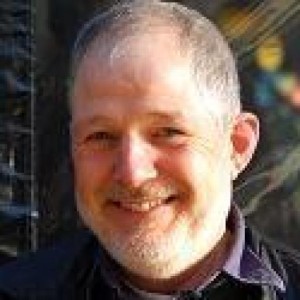 The Scientific Investigation of Poltergeists

What do we know about Poltergeists?

This is a story of a phenomena that at first glance looks like a bunch of wild stories. A poltergeist might be depicted as a demon, or it might be believed to be a haunting of a ghost or even a curse. The truth about poltergeist activity though, couldn’t be more different.

A lot of the confusion comes from the controversy about whether this phenomena even happens at all and of course, skepticism abounds. Wikipedia, where objectivity about the paranormal goes to die, treats the subject with distain and cites claims that it’s basically all hoaxing. Is this really a good explanation though?

The Changing Paradigm Of Parapsychology

Is Hoaxing a Good Explanation?

If we look at this carefully enough, hoaxing might be a good explanation once in a while, but if you review the history of poltergeist research instead of narrowly focusing on a single case, hoaxing becomes very unlikely as a catch-all explanation. To understand why, a little history is in order. Poltergeist activity is extremely rare, but it is also so unusual that people throughout history have taken note of it and written about it.

Written accounts can be found throughout the historical record, with varying levels of detail dating back to the Ravenna case of 530AD. A fairly decently explored case involved French nuns in a monastery in Lyons in 1526. One of the first scientists to explore poltergeist accounts was Robert Boyle, a chemist that was a member of the Royal Society. That was in 1642. One of the first thorough investigations took place in 1689 by a chaplain and fellow of the Royal Society of Great Britain. It centered around drumming noises in the home of John Mompresson.

With the creation of the Society for Psychical Research in 1882, a far more organized investigation of poltergeist cases began, so that it was possible in 1979 for scientists Alan Gauld and Tony Cornell to review 500 of them -almost a hundred years later.

Everyone is Skeptical of Poltergeist Activity

You have to keep in mind that hoaxing is the FIRST thing EVERYONE suspects and the second thing that comes to everyone’s mind is either lying or wishful thinking. This skepticism is even more pronounced for serious investigators when they are examining a new case. There are many documented instances through history where accusations of hoaxing were the starting point and investigators were only contacted after this was ruled out.

It’s not that people actively disbelieve the existence of poltergeist activity, (although many do), it’s just that almost everyone gravitates to the most likely explanations. Barry Taff, who followed up on a mind boggling 4,700 leads, compared finding poltergeist activity to going to an airport in hopes of filming a plane crash.

The Challenges of Poltergeist Investigations

They may also find themselves fending off local amateur investigators who found out about the case, which often places them in the position of having to evaluate the reliability of claims that they only heard about second hand.

Hoaxes depend on people believing what they want to believe and ignoring evidence to the contrary. They generally don’t work when the person you’re trying to hoax is suspicious right out of the gate. Hoaxing a suspicious person who doesn’t believe you and treats all evidence with suspicion is extraordinarily difficult to pull off. You need a skill level which few people possess. When something interesting does happen, they immediately take steps to rule out ordinary causes and don’t assume anything.

Is the Poltergeist a Living Person or Discarnate Intelligence?

As early as 1911, researchers started to notice that the vast majority of poltergeist activity centered around a single living person and, in the intervening years, more evidence has pointed to this theory. While scientists have not abandoned the idea of a discarnate intelligence interacting with the physical world, they have focused most of their attention on poltergeist activity that is generated by a living person who possesses no conscious control over it.

Because there are occasional cases where it appears that discarnate intelligence is involved, this model of poltergeist activity cannot be ruled out. These cases, though, are rare in a field where all cases are rare. It is hard to study with so little data.

Poltergeist activity is generally purposeless. That is to say, if there is any coherent intent to the strange knocks, stuff falling off shelves, tables rocking, etc. that intent is not clear enough for anyone to recognize it except in rare cases. Researchers have found that strong emotions play a part in many poltergeist cases, which points towards a living subconscious mind acting out primal emotions through highly visible, yet poorly understood external actions at a distance.

Another reason why researchers believe that a human is involved is that other research into psychokinesis has demonstrated that people can indeed mentally affect objects. The effect is far larger in poltergeist cases, but it is essentially the same thing.

On the other hand, if you have the same discussion with an authentic spiritual medium, they would most likely be of the opinion that even by today’s modern theories, this is still a theory based on measurement rather than evidence and that poltergeist cases do have intelligence behind them. A topic to further explore in a future article.

The acronym RSPK is used a lot in the literature. It means Recurrent Spontaneous Psychokinesis, which refers to poltergeist activity. The people themselves are referred to by the acronym PGA’s, or poltergeist agents.

The Emotional Aspect to Poltergeist Activity

Here’s an interesting fact. Prior to 1900, about 3/4 of all poltergeist agents were women and they outnumbered the men but this changed over time and now it’s about 50/50. The speculation is that women had things a lot tougher, were more suppressed and this led to more poltergeist activity.

This emotional aspect, William Roll noted, is a common theme. In genuine poltergeist cases, poltergeist agents with suppressed anger toward individuals with whom they had frequent contact, comes up frequently. Lloyd Auerbach noted that poltergeist activity seems to occur as a substitute for throwing things or punching something. The subconscious is apparently acting out.

Barry Taff has proposed another unusual aspect of poltergeist cases: according to him, they are almost always associated with seizures or epilepsy. But the reverse does not hold true. People who experience seizures or epilepsy are not prone to poltergeist activity. Something else, an X factor, is involved in which these medical conditions play a part.

When it comes to objects moving around, some of the things that happen require a lot of energy, and it’s not at all clear where this energy comes from. Is the cold air sometimes associated with poltergeist activity the result of a thermal reaction?

Are There Unknown Physics Involved?

During psychokinesis experiments, test subjects get tired from the exertion, but in poltergeist cases, this doesn’t happen to the PGAs although there is a LOT more energy being used. Somehow, the subconscious intent does not translate into an expenditure of energy by the individual. How does this happen? No one knows.

In the rather well known Miami case, the strength of the psychokinetic effect by distance from the poltergeist agent was mapped by Roll and Joines. This was replicated in six other cases.

This chart may not look like much, but it shows something really important. It shows a decline that is very similar to the inverse square and exponential decay
functions. (e.g. if you have a unit of distance from a light source, the light will dim by the square of that distance. The same law appears to apply to poltergeist psychokinetic activity.)

This chart is showing that poltergeist activity appears to be following normal, known, scientific principles. That’s a very big deal because it means that it’s almost a certainty that there’s a very real energetic process at work, even if we don’t know what it is.

One possible clue as to the nature of the energy is that cases tend to occur or increase in intensity in correlation with increases in geomagnetic activity. (Subtle magnetic fields come up quite frequently in psi research.) One other thing we know from a medium’s perspective is that spirits can and will use all the energy available, which includes geomagnetic energy. It also should be noted, the need for moisture and the phenomenon of water in poltergeist activity.

When rapping noises are created by poltergeist activity, they are different from normal rapping, as seen in this sound chart from the Enfield case.

The sounds are being created by means other than an ordinary knock, but they’re close enough to sound the same to a human ear.

What Can Be Learned?

By any scientific standard, poltergeist activity is worth investigating. There is a lot to learn going forward and it has the potential to lead to truly breathtaking leaps in science. Discovering the force that’s moving objects or creating sounds at a distance is something unique and important in the world of physics. It’s amazing enough that it originates from a human being, but still more incredible is an undiscovered way to harness and focus energy.

There’s something extremely important hidden in the mysteries of a rare and highly unusual phenomena known by the name poltergeist.

Craig Weiler is a parapsychology journalist, author and blogger. He covers controversies in parapsychology (and occasionally other topics) as well as interesting studies, various researchers
All Posts