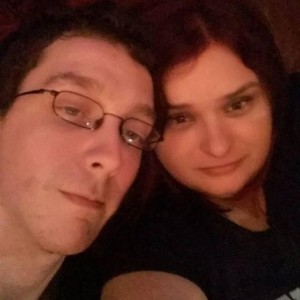 Exhibit Forced To Close Due To Paranormal Activity, Would You Sit In The Chair?

There are many paranormal exhibits around the world, but none has felt as real as "The Devil's Rocking Chair". The exhibit had to close down, unfortunately; this only a month after purchasing the creepy rocking chair. There is no word if the exhibit will ever open again, due to the intense paranormal activity that occurred after buying it.

What Paranormal Activity Happened During The Exhibit?

Plenty of paranormal activity went on during the exhibit. A power cord pulling itself out of the wall, a light focussing on the rocking chair, five tour guides crying uncontrollably, a woman in the first group fainting. The chair is also believed to be the focus point of "The Conjuring 3". Needless to say, this is a chair with tons of history and ties to none other than Lorraine Warren, the famous paranormal investigator.

What Is The History Of The Chair?

The Devil's Rocking Chair was recently purchased by Zak Bagans, the man from the paranormal series "Ghost Adventures". The chair was supposed to be the main attraction at his Haunted Museum in Las Vegas, but the paranormal activity surrounding the chair threw a spanner in the works.

There is a lot of history surrounding this chair, dating back to the 1980s. The case was referred to as "The Devil Made Me Do It", and was investigated by none other than Ed and Lorraine Warren, whose cases have been featured in movies such as "The Conjuring" and "Annabelle". The case involved an 11-year-old boy who was allegedly possessed. Catholic priests attempted to rid the boy from the possession, but during the exorcism, the chair would levitate and start to rock by itself. Ed and Lorraine Warren claimed to have seen the devil sitting inside the chair.

After several days of exorcism, the demon was expelled from the boy. However, it is believed the demon jumped into Arne Cheyenne Johnson, the little boy's sister. Some months later, Arne would kill her landlord during an argument, stating that a demon made her do it. Even though both Ed and Lorraine Warren testified at her trail, the judge convicted her for first degree murder.

A book was also written about the case in 1983, called "The Devil In Connecticut". There is also a movie in the making that will be released in 2020, "The Conjuring 3". It is believed the Devil's Rocking Chair and its history will be the focus of that movie.

As mentioned earlier, the Devil's Rocking Chair was eventually sold for 67,000 dollars. The chair was sold by David's brother Carl Glazel. While the chair remained in their family after the weird events, Carl was set to move and did not want to take the creepy chair with him.

According to Carl, nobody should ever sit in the chair. It is said that people who dare sit in it face some medical problems shortly afterwards. Some who did even required surgery. Interestingly, the chair was only sold a couple of hours before the death of Lorraine Warren, another creepy coincidence that surrounds this chair.

Visit At Your Own Peril

While I certainly understand people's fascination with the paranormal, I would not be visiting the chair myself. If such items are not protected properly, it could certainly lead to problems. Lorraine Warren is no longer here, so one does have to ask why Zac thought it would be a good idea to display this creepy chair without any help from someone who has a bit more experience with this kind of thing. He may be a paranormal investigator, but I doubt he foresaw the trouble this rocking chair would bring to his exhibit.