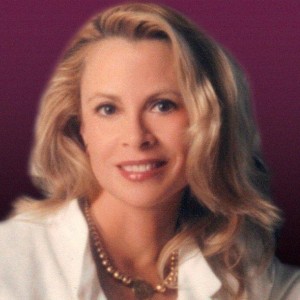 The Re-Branding of UFOs

There is a rather large, behind the scenes PR campaign going on. You may not have noticed it yet, but you are being trained to accept a new name and more importantly a new brand for UFOs. The new name change from Unidentified Flying Objects to Unidentified Aerial Phenomena, (UAP), by the U.S. Navy is an interesting addition to the soft disclosure that has been going on for the last several years. Why this new term? Is it all about ownership? Even though we have no idea what these things are flying through our skies at thousands of miles per hour and taunting our most advanced jets, is this the Navy's way of saying, "We got this"?

We know what re-branding is all about: repositioning and changing perceptions and it is no different in this case. Re-branding occurs in business when we want to make a strategic shift in the marketplace. In this case its a strategic shift in the perception of UFOs. When we look at how UFOs have been categorized in the past we see government denial, attacks on the character of witnesses, and societal schooling that maintains whoever sees this stuff is just plain crazy. You must agree with this position or be linked with the loonies who see strange crafts in the sky.

Times have changed. Just about everyone has a cell phone with a camera and now when someone sees something unusual they can photograph it, take a video and send it out over the internet to millions worldwide before any government agency can even think of stopping it. Technology has given power back to the people in the case of UFOs. A retired FBI agent confirmed this for me and said, "They're not even going to try to deny it anymore."

Now, the Navy is slowly admitting it. Piece by piece, just a little at a time we are being shown that there are indeed unidentified crafts in our skies. This, of course, is something we in the field of the paranormal have known for many years. It is something new, however, to see Tucker on FOX News interviewing military about this and the military responding in the affirmative.

So where is this re-branding going to take us? An acceptance that we are not alone in the universe? Notice that they have not yet said that they know who or what is piloting these advanced crafts despite reports of alien encounters. Is that next?

From what I've seen, heard and experienced in this field we are dealing with phenomena that goes beyond aliens into the even stranger world of inter-dimensional. So if you think aliens from other planets are concerning just wait until the next piece drops.

Have no fear, however, the Navy will deliver this slowly and get you accustomed to your new neighbors who have been living down the street for years.

Patricia Baker is a paranormal researcher and author who has worked in the field of the supernatural for over 30 years. Her hit radio show, Supernatural Girlz can be heard LIVE every Wednesday night on Blogtalk Radio.