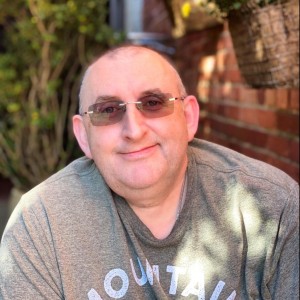 Over the last few years, there has been a dramatic upsurgence in claims of Demonic Possession. Whilst some may have a valid issue that may not be explainable by medical science. There is a grave reaction to label all imbalances of the psyche, or emotions as a spiritual issue such as Demoniacal possession. This is the thin, grey, paranormal line that is tread by ignorance and fools. All too often there will be medical professionals, religious practitioners, paranormal groups and clergy that will be too quick to jump and label something as demonic or of an other worldly influence.

Neither do any of these cause Demonic Possession. That cause and effect lies squarely at the feet of man and the choices made.

Granted, there are many symptoms of Demonic influence that mimic that of a medical problem, such as a psychological imbalance or of course a psychiatric issue. However, there are many clear distinctions which separate the preternatural from the natural one. An emotional issue of anger, depression, and violent outbursts do not necessarily mean one is possessed, and there is a need for a paranormal investigator, team or priest. A cold spot that chills you to the bone may have another plausible explanations, as do some other issues, such as seeing visions or of course hearing a voice.

These are all valid issues within the medical professions that do have a psychological basis for explanation. Many people who are more spiritually minded will often look for an excuse of behavior in order to blame a preternatural force. Dr Graham C.L. Davey Ph.D. alludes to this on his article featured in Psychology Today. In this regard, many spiritualists, even medical professionals, and of course clergy, are those who believe in something more sinister or preternatural. They will shout claims of demonic influence or spirit obsession. However, we have gotten away from the real clear division of phenomena versus another form of pareidolia.

Spirit Obsession can of course be the influence of one or more spirit entities. However, this is not Demonic. It is not an archetypal demon of a higher order. Spirits can and do influence our lives – especially those of a weaker disposition. It is not an excuse for bad behavior or emotional imbalance brought on by external trauma. We must not mix the two and instantly use excuses of evil influence.

Consequently; many mental illnesses do have some roots in spiritual imbalance and that issue should not be overlooked when looking at mental illness that may have entered someone's life. And there are many cases of where spiritual help has indeed negated that need for medical intervention. Again, this is not a Demonic problem.

Someone is levitating with no possible scientific explanation. Perhaps they are changing in appearance and shouting blasphemy all whilst physical manifestations are going on around you. Emanating putrid smells or bodily fluids and excrement, not to mention that feeling of foreboding and evil that is projected to the sensitive or even non-sensitive individual. There would also be external manifestations of phenomena experienced in the immediate environment, and perhaps even phenomena that is directed in a highly intelligent and deliberate way. Then, of course, one must begin to look at possible paranormal or imbalanced spiritual causation as a point of serious enquiry.

The Need For Discernment On Both Sides Of The Coin

One cannot be successful without the other. One cog won't turn on its own. There has to be a relationship between something as equal in make up and force. Both of these aspects working in unison – bring about the successful movement of the cog that may then have a positive effect on the other. It is time that professionals such as the scientific, medical and spiritual community work together. Each has their own level of discernment. Whilst one aspect may work in the material plain, it is evident that there is a great gap within the non physical plain of existence and this is where perhaps the use of real mediums or those with the power of spiritual discernment should be used as the bridge between the physical, non-physical and religious.

There are two clear dangers that one can look at as a possibility. The first is making a false diagnosis of demon influence, or possession, and that must be taken seriously. The second is to consider how much suffering it would cause to the inflicted. This could be an individual or a family, and diagnosing something as Demoniacal may cause more anxiety, and suffering.

On the other side of the coin, you have to consider the real danger of becoming the catalyst for real infestation. You have now become one of the causing factors, and you will now have to pay the price either by directly being in the line of danger or of course allowing mother Karma to pay you a visit.

Demonic possession is real. Spiritual obsession is real, but so are psychological imbalances, mental illness and of course forms of psychosis. It is therefore important that medical professionals begin to look toward working with professionals that are highly experienced in the spiritual field. Also, working with professional paranormal investigators that consider all avenues of the preternatural as the natural. It is a far too dangerous field that should not be frequented by less experienced, ego-driven individuals, pr groups that can leave a trail of destruction in their wake, making the thin grey line of Demoniacal Possession a reality.

Jock is the founder and editor of Paranormal Daily News, as well as a published author and researcher. Jock writes for national and international media on spirituality, the paranormal, and parapsychology.
All Posts